Ringling College's brand identity was originally designed by Chicago-based brand consultancy, SamataMason (since 2012 known as Multiple), in 2007. Along with a rename and redirection in communication strategy, the identity was built upon the very foundation of the art and design school: The students and their work. This was reflected by the “invisible” frame revealed only once artwork, or the “visual voice”, is placed behind it, making it an infinitely variable logo. Now, more than a decade later, the college has lost this voice. Very complex and difficult to produce instances of logos have made it difficult for faculty and staff to apply them correctly, which by now have grown to an overwhelmingly amount of iterations, many of which are now outdated.

What Ringling College needed was an updated set of logos that remained true to its concept and legacy. Each logo needs to be recognizable, reproduceable, and simple enough to easily adapt to specific applications. As a solution, a set of grids were established to serve as a guide for creating new voices behind the frame and to ensure for visual consistency throughout the brand. 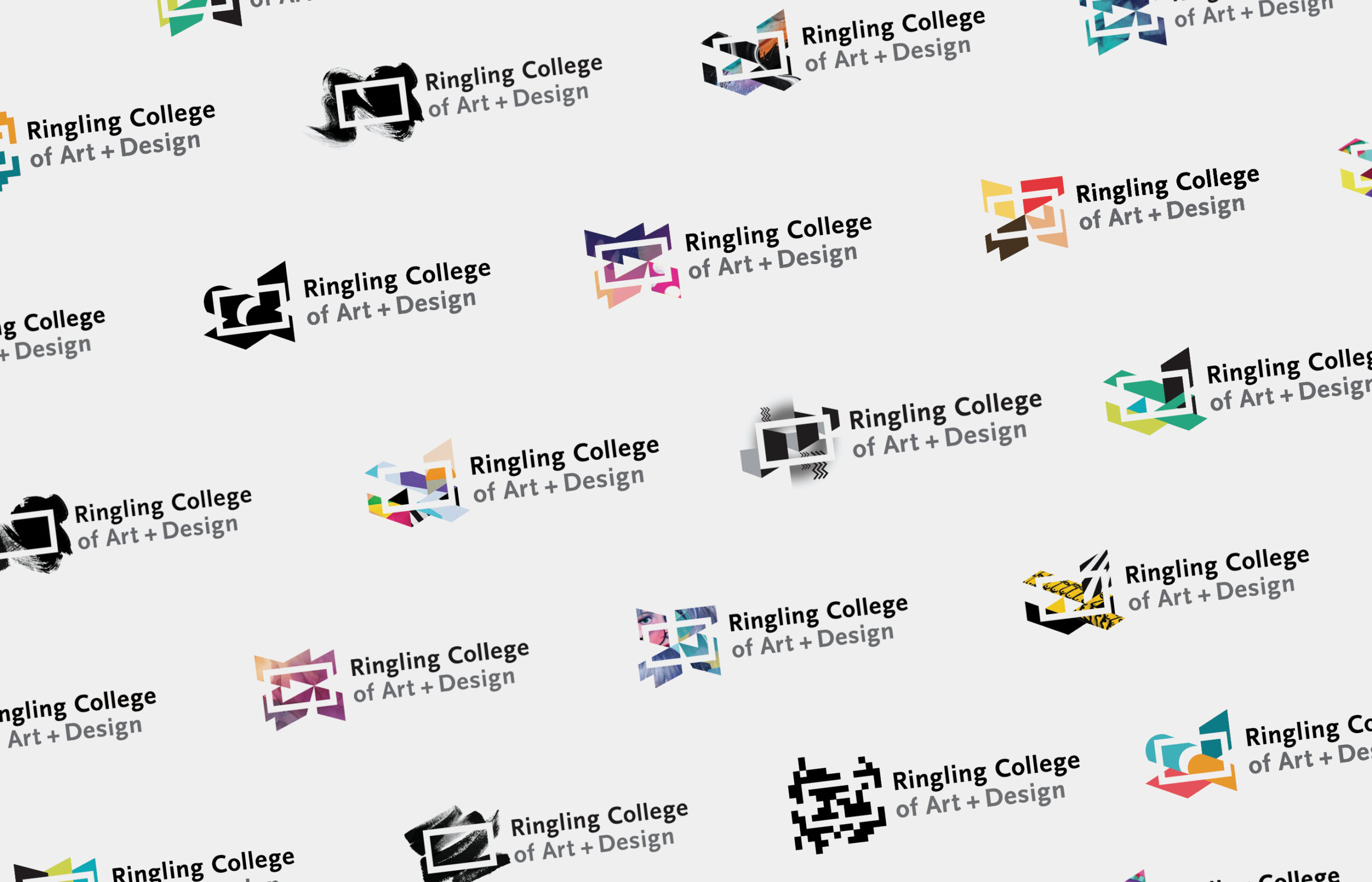 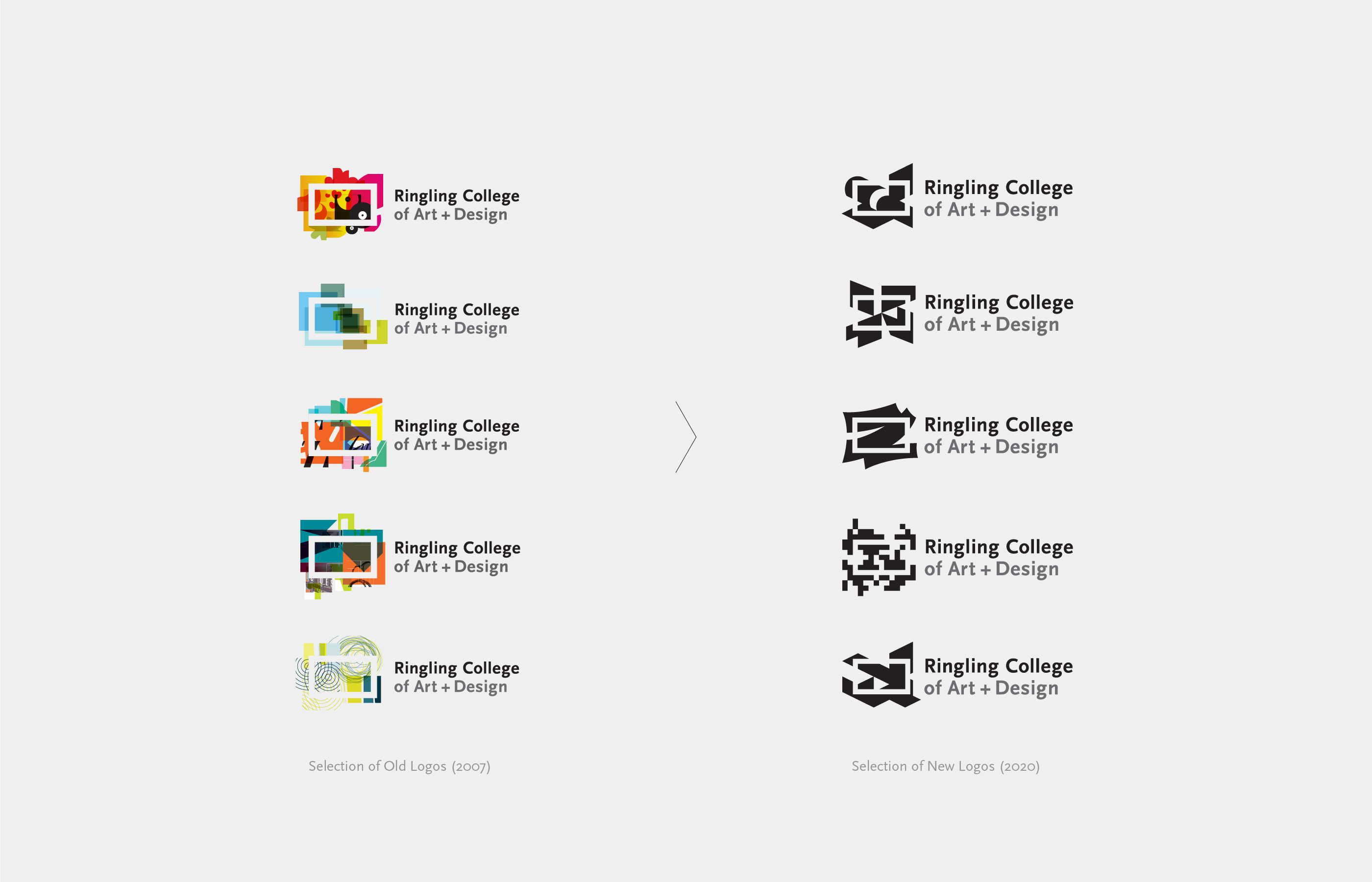 Over the years, SamataMason's original set of logos became dated and struggled to keep up with the quickly advancing digital landscape. Complex logo drawings made it difficult to work in small sizes, and especially in one-color.

To keep up with today's standards and maintain recognizability and consistency, the brand had to evolve. But still today, there is no single Ringling College logo, just like its ever-growing visual voice. 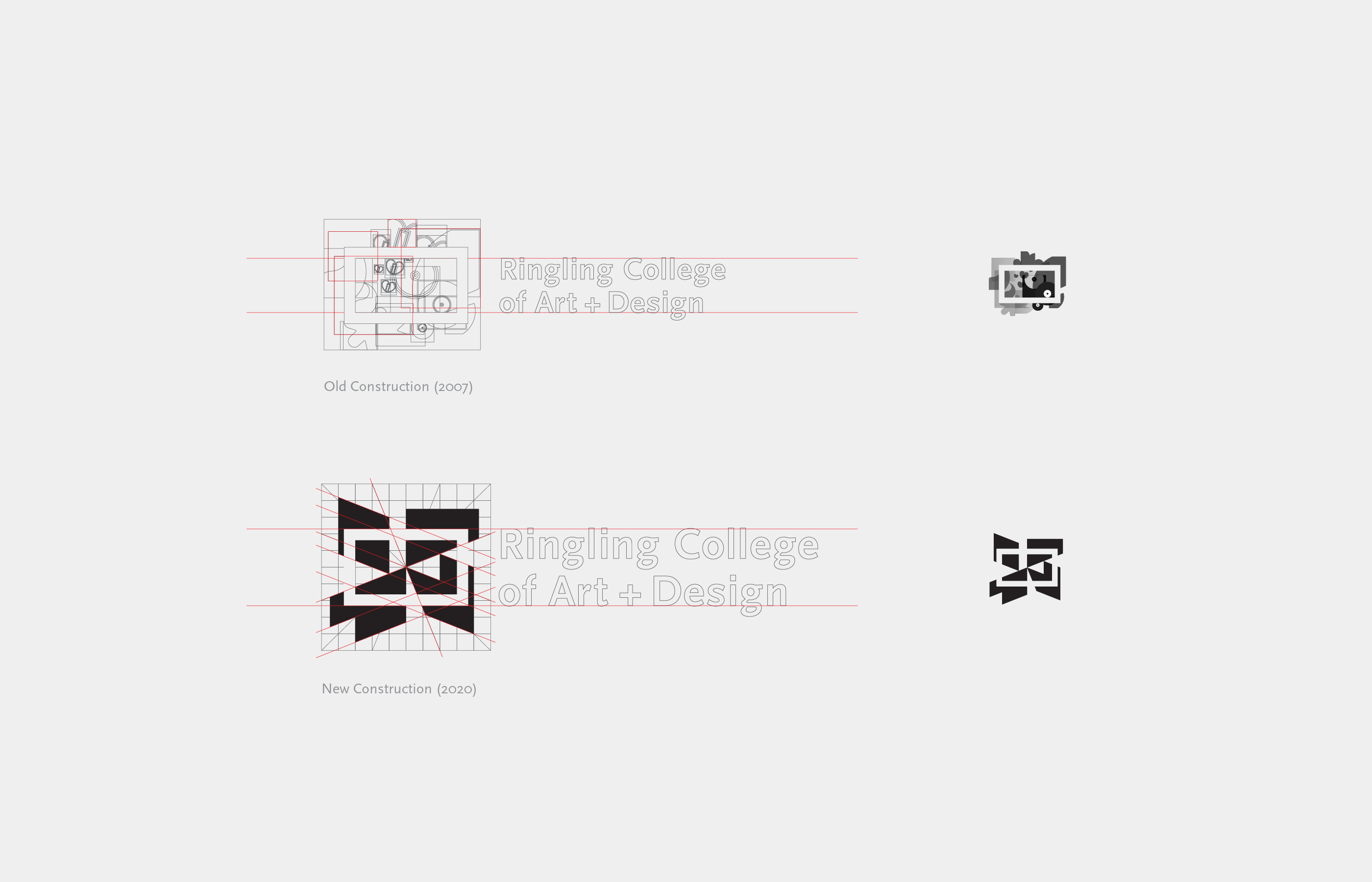 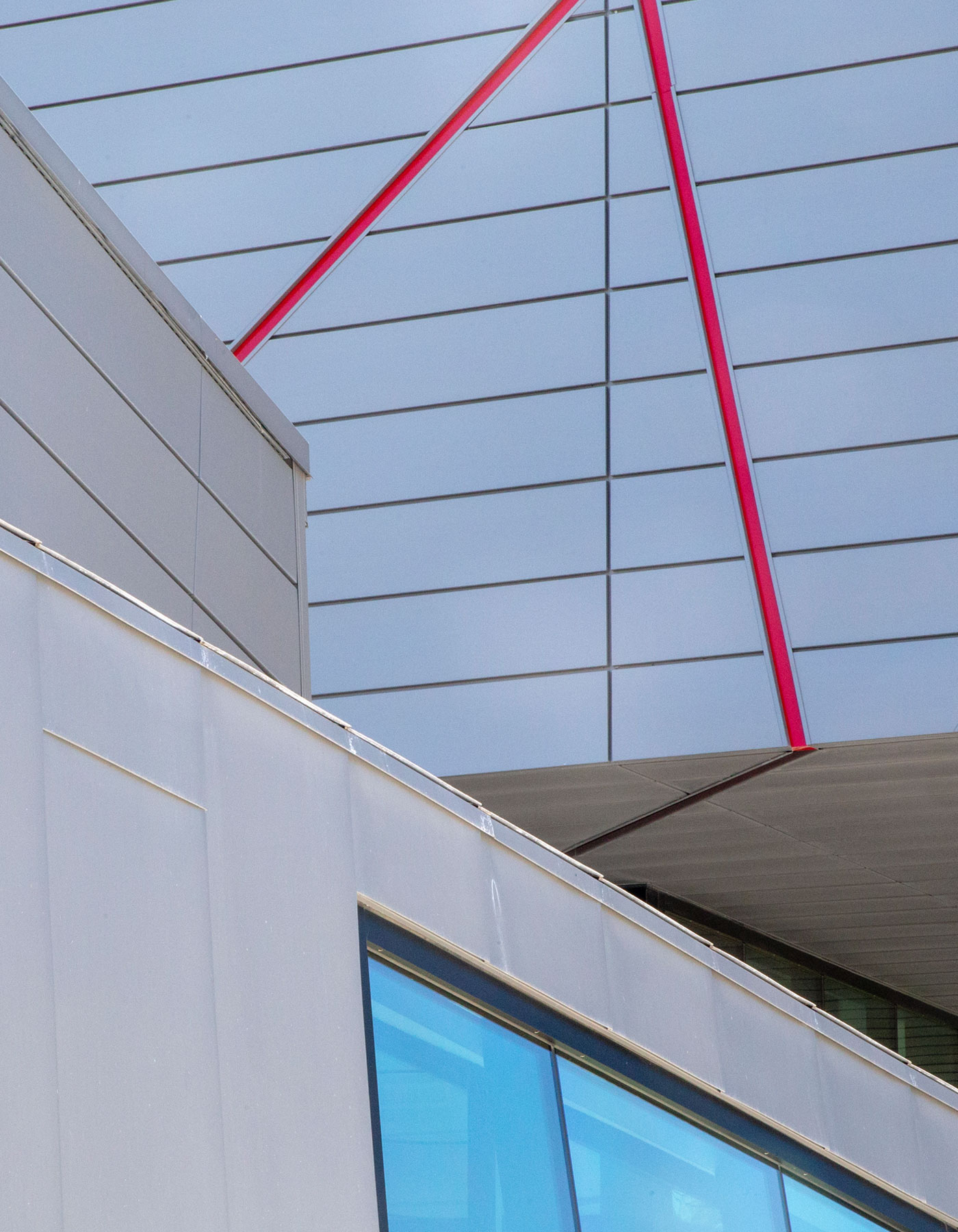 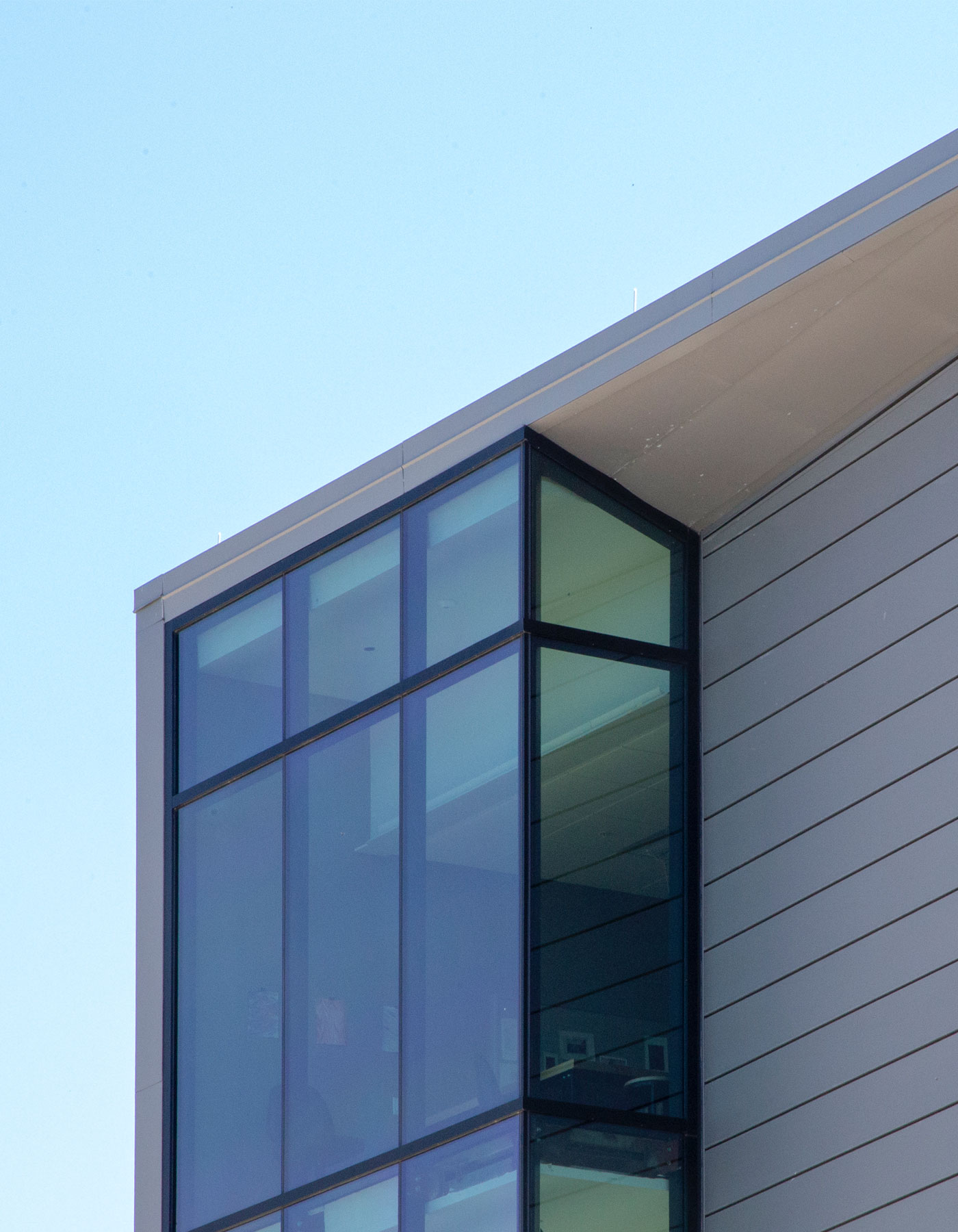 The girds are inspired by the campus' modern architecture. Since the launch of the original redesign in 2007, most of the college's campus has been reconstructed. And so had the visual identity system. 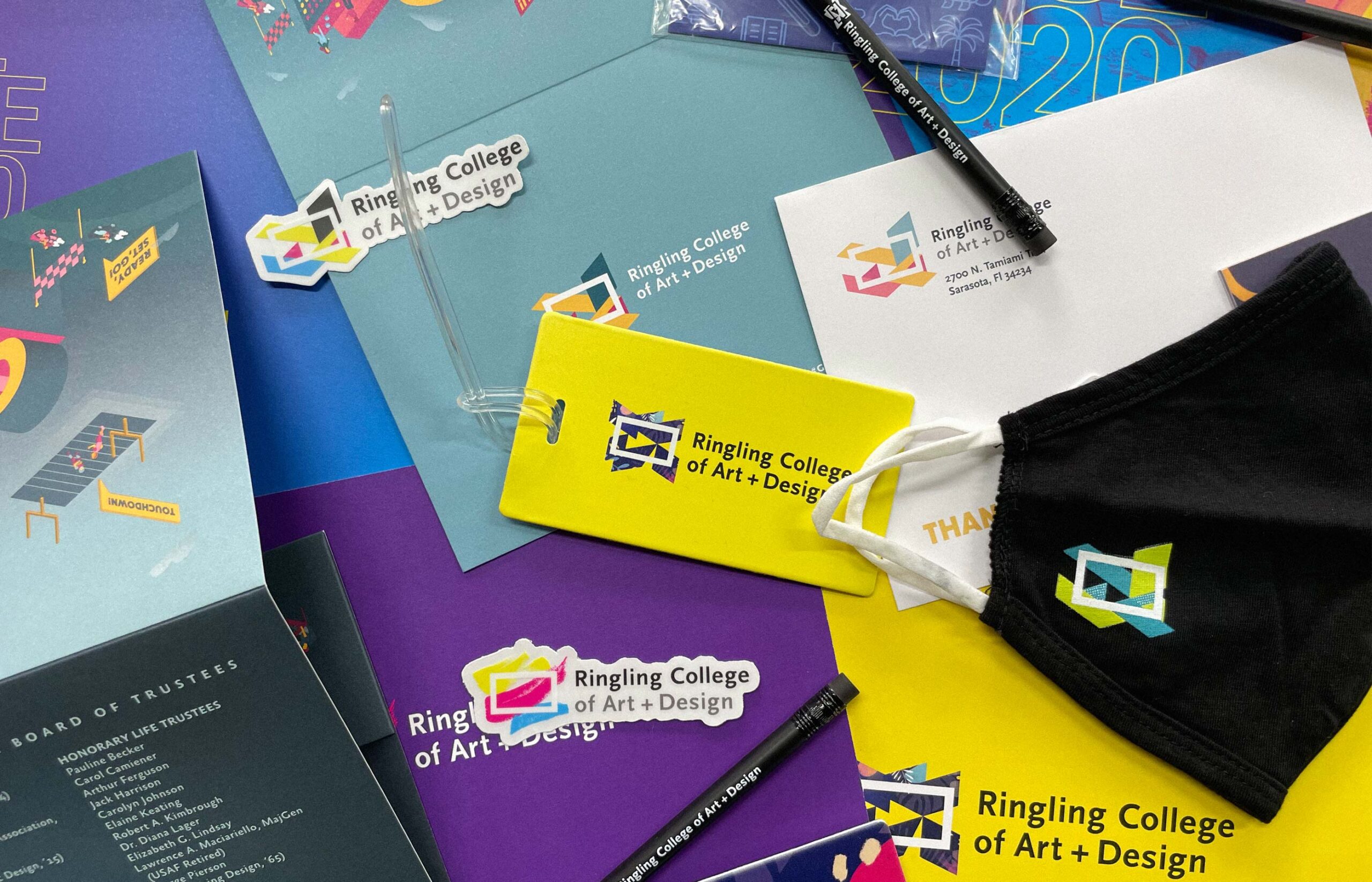 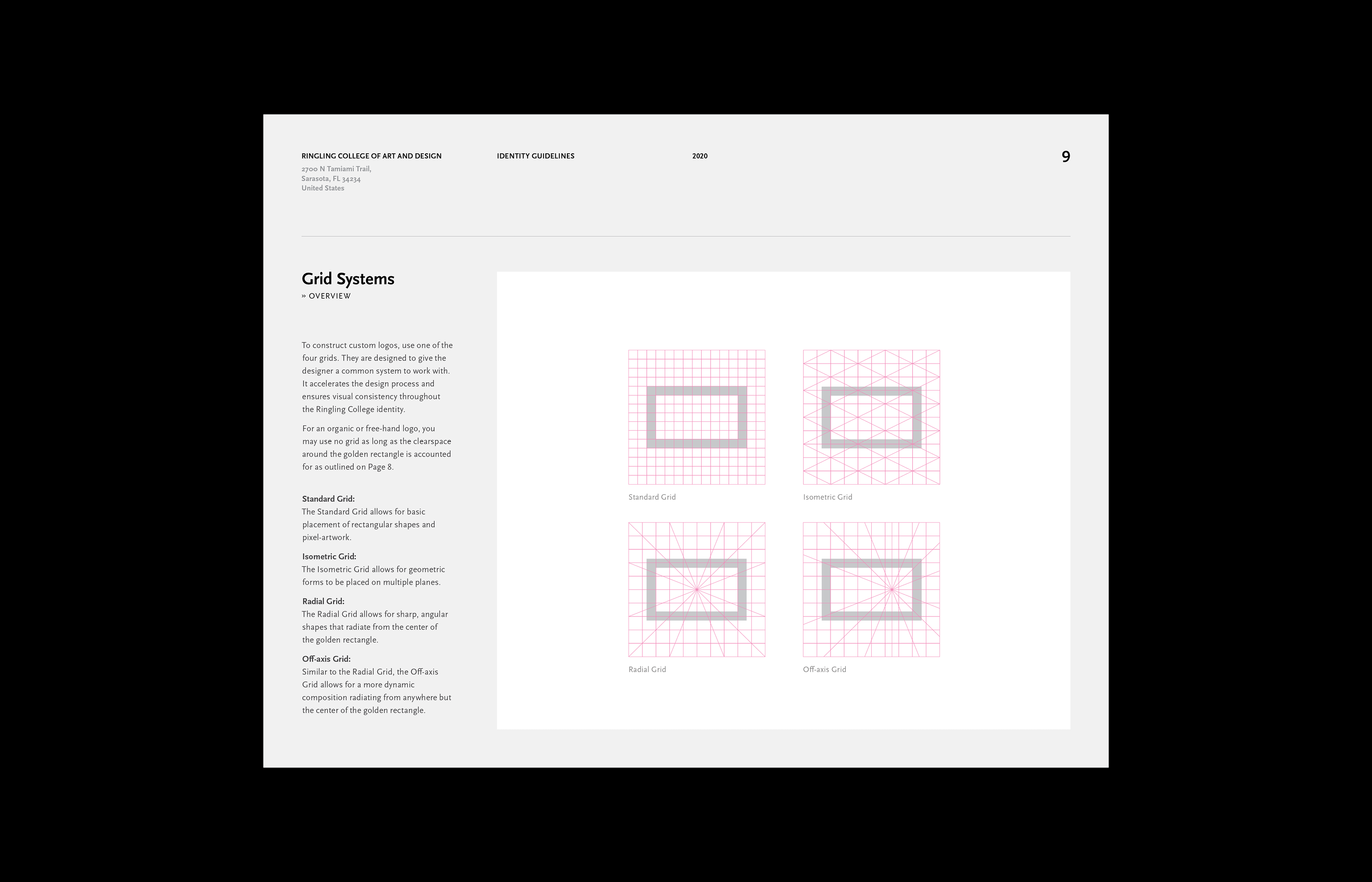 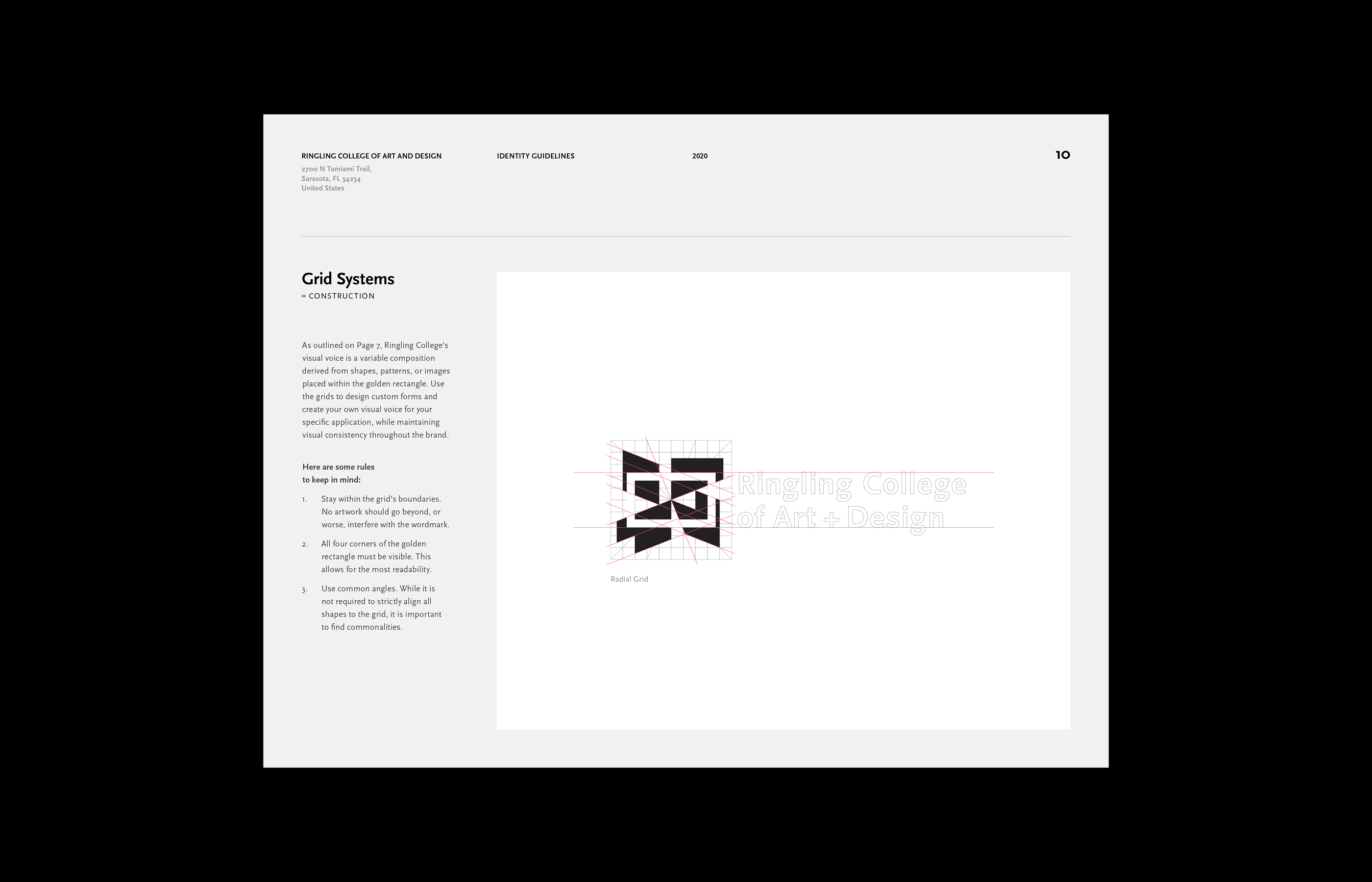 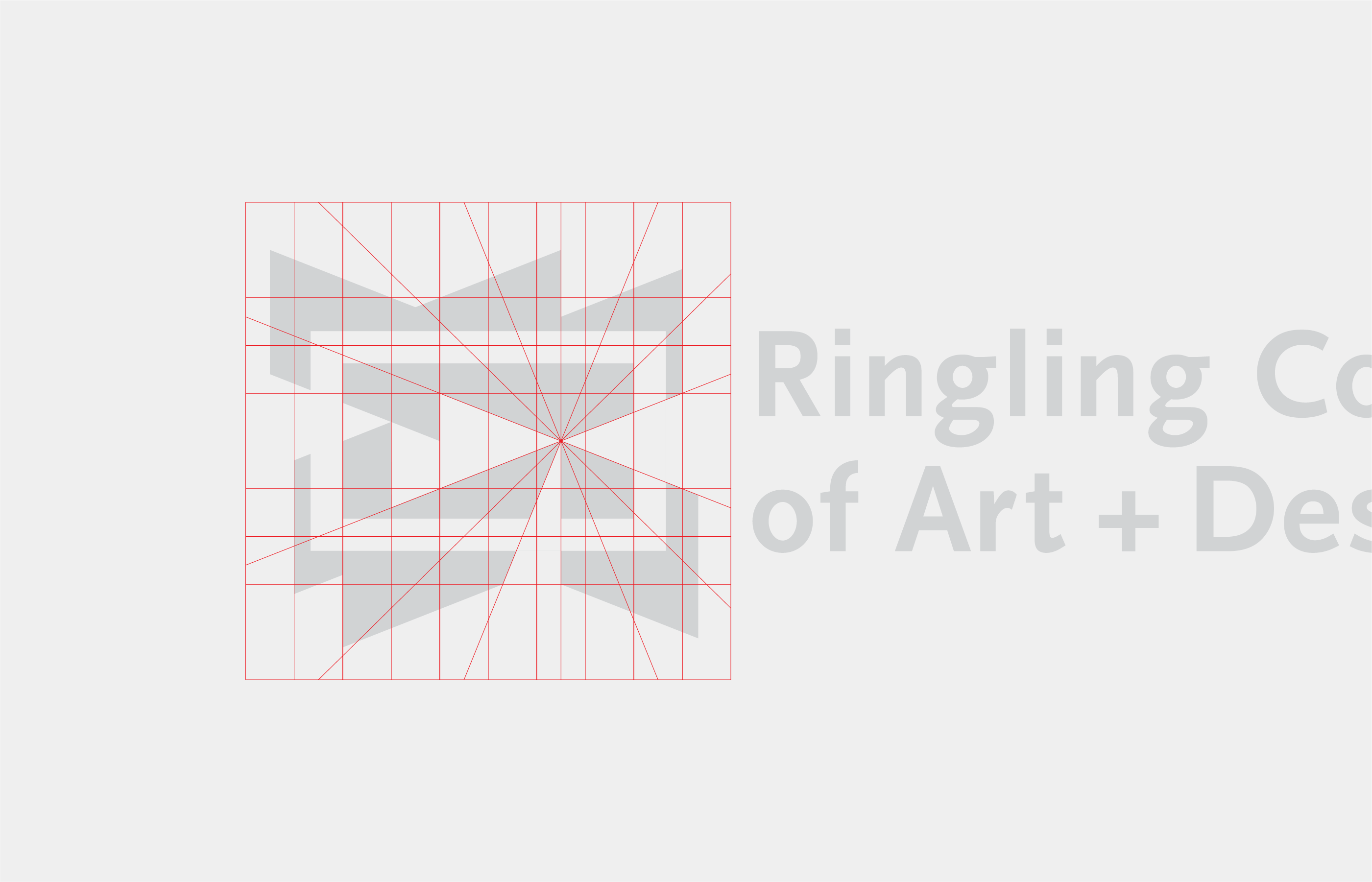 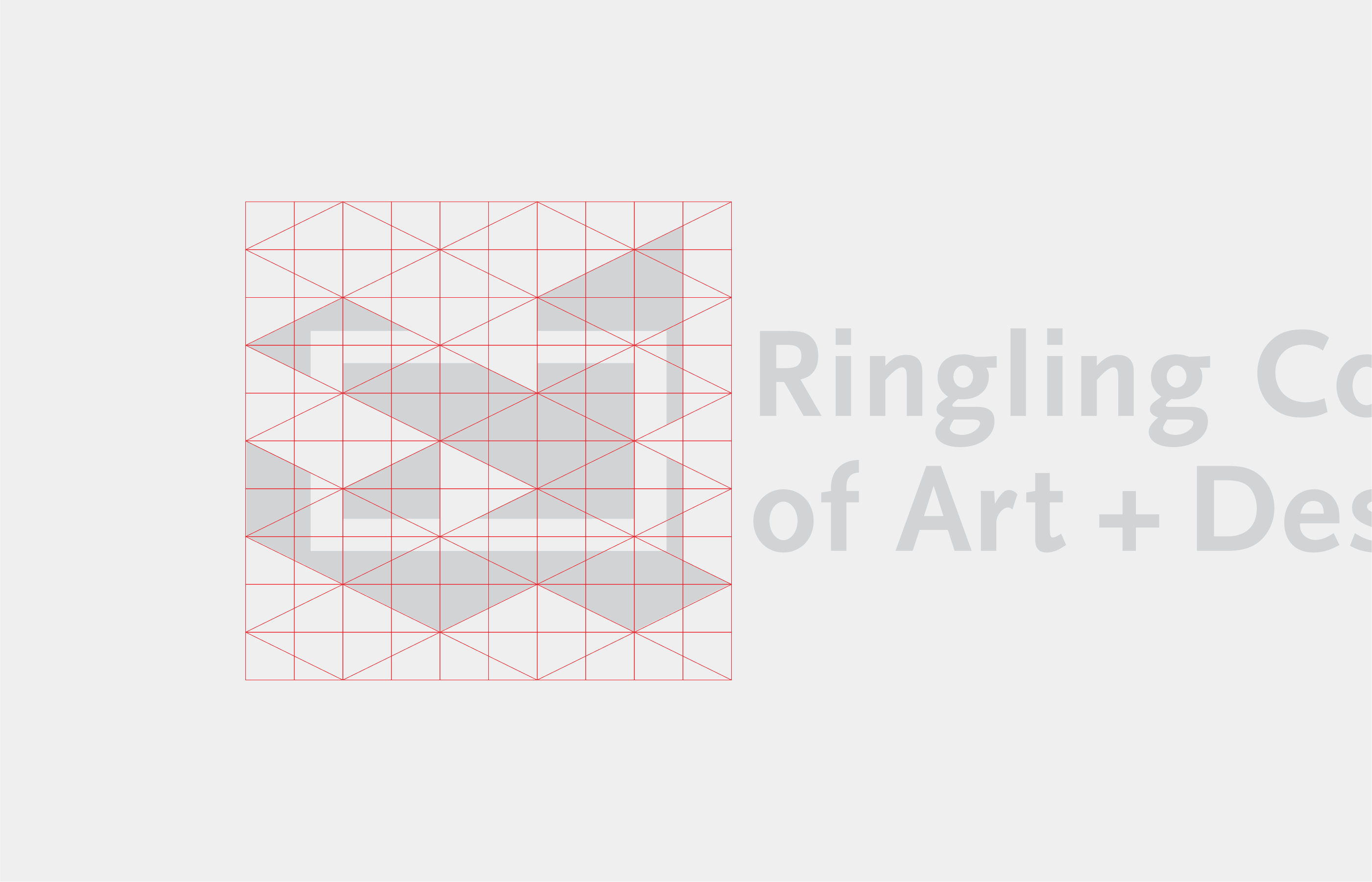 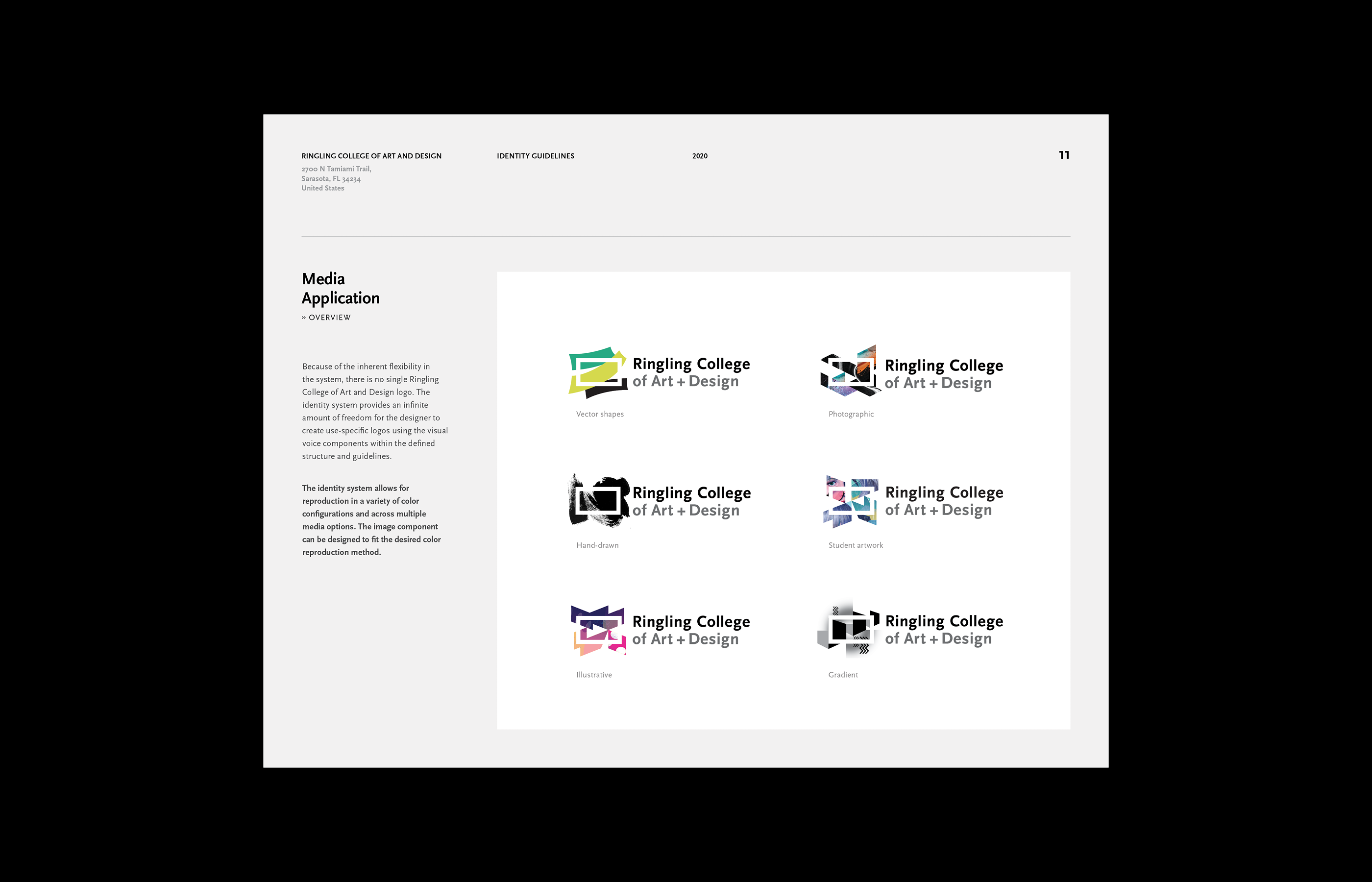 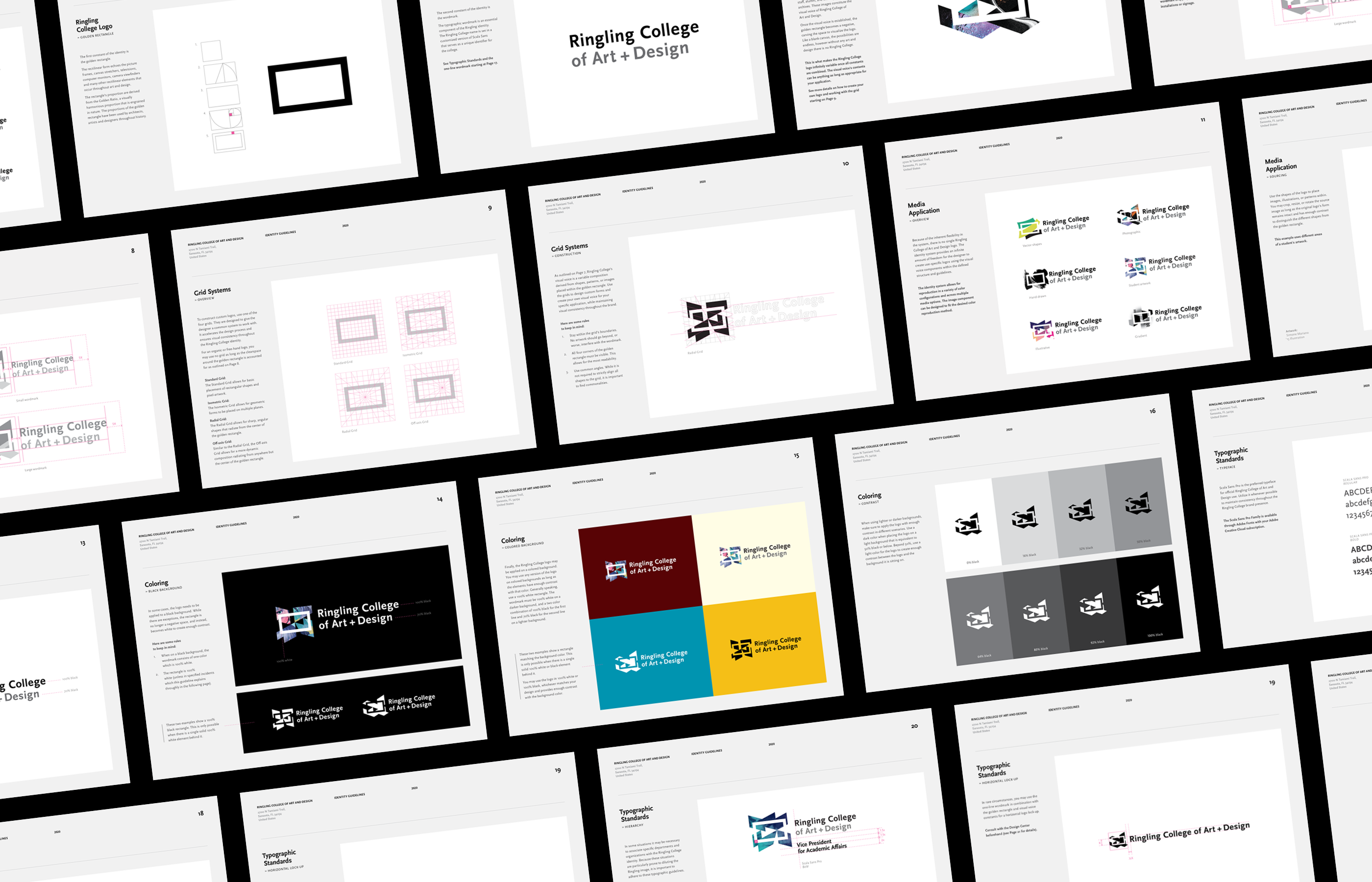 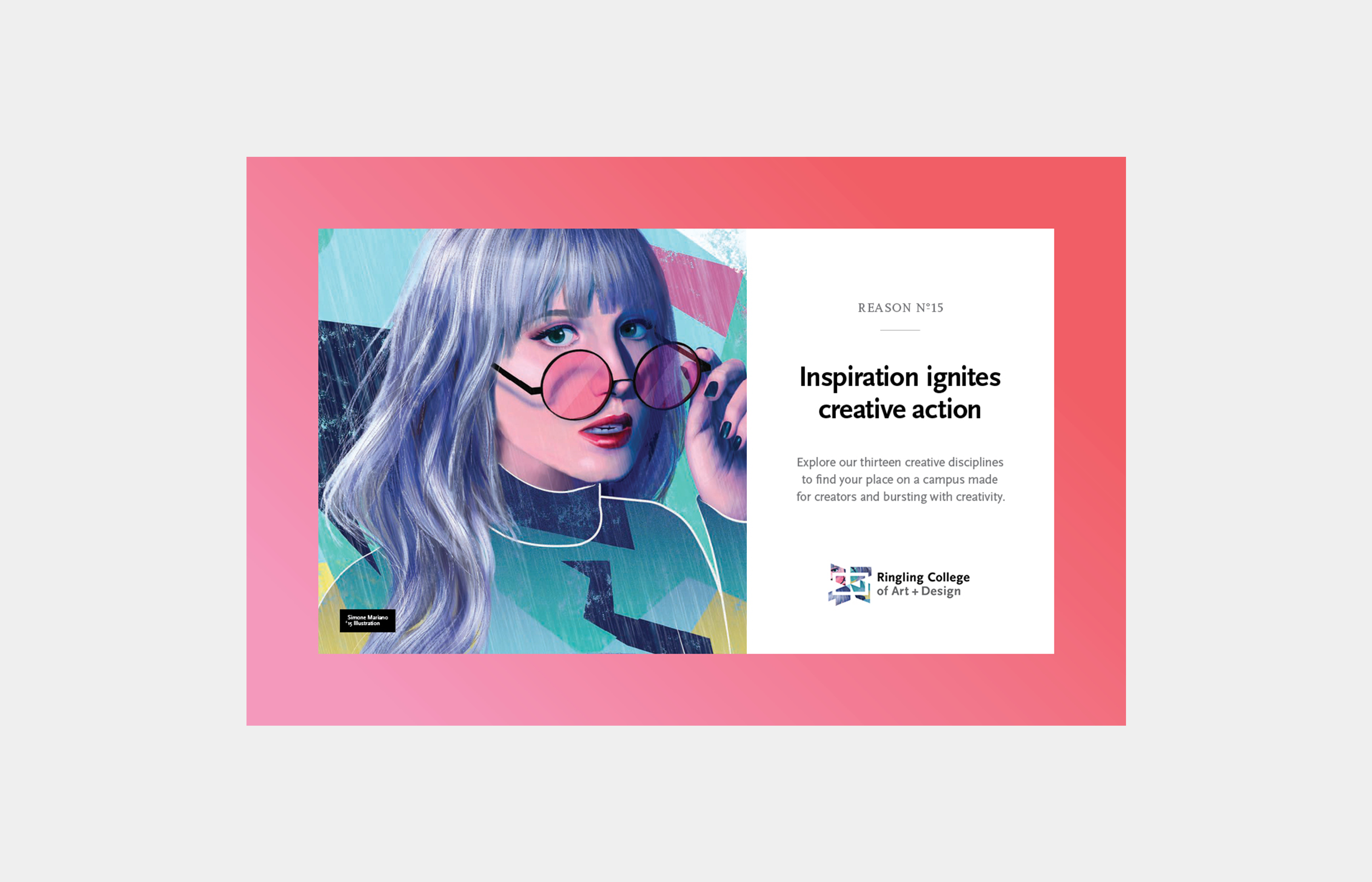 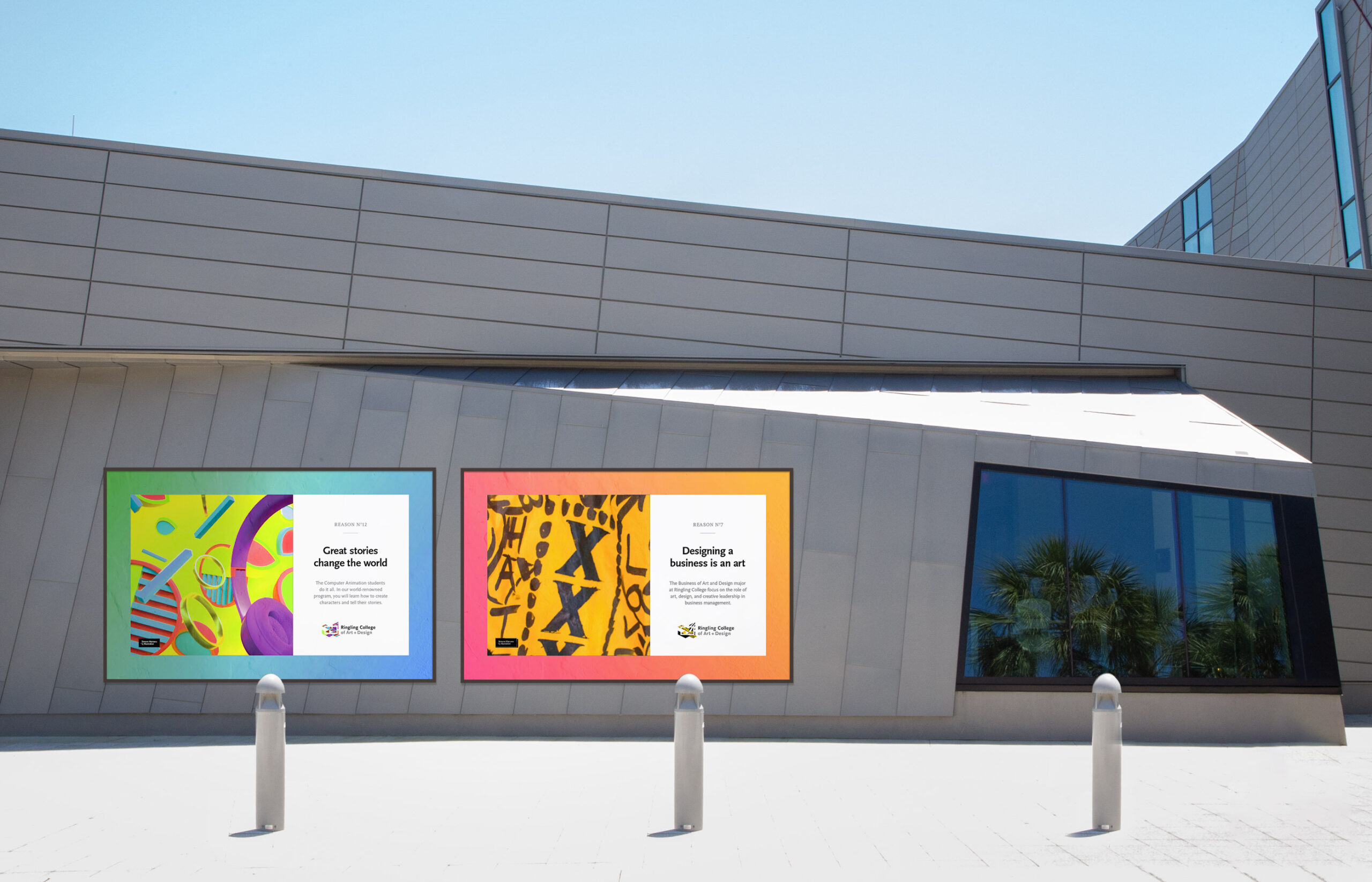 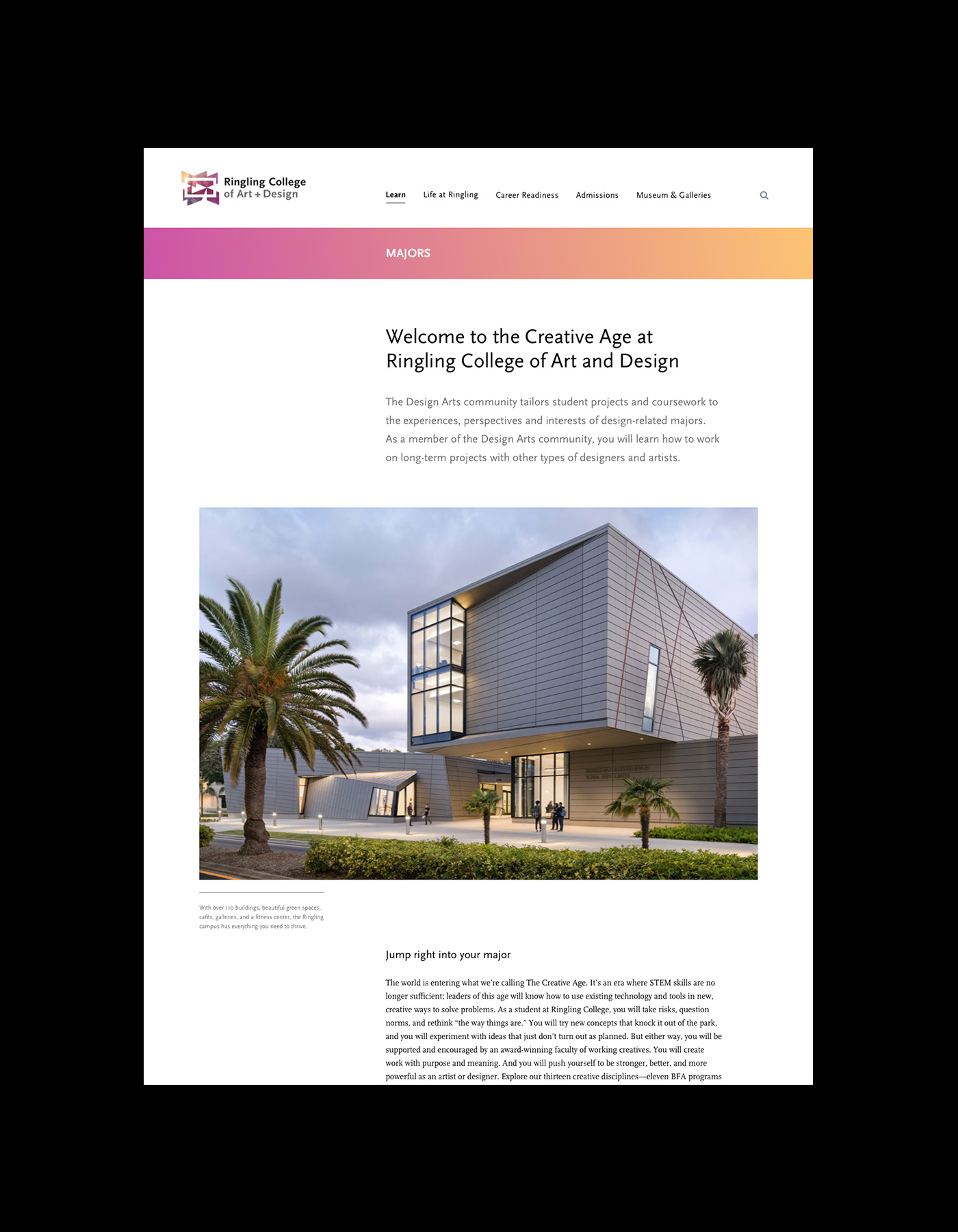 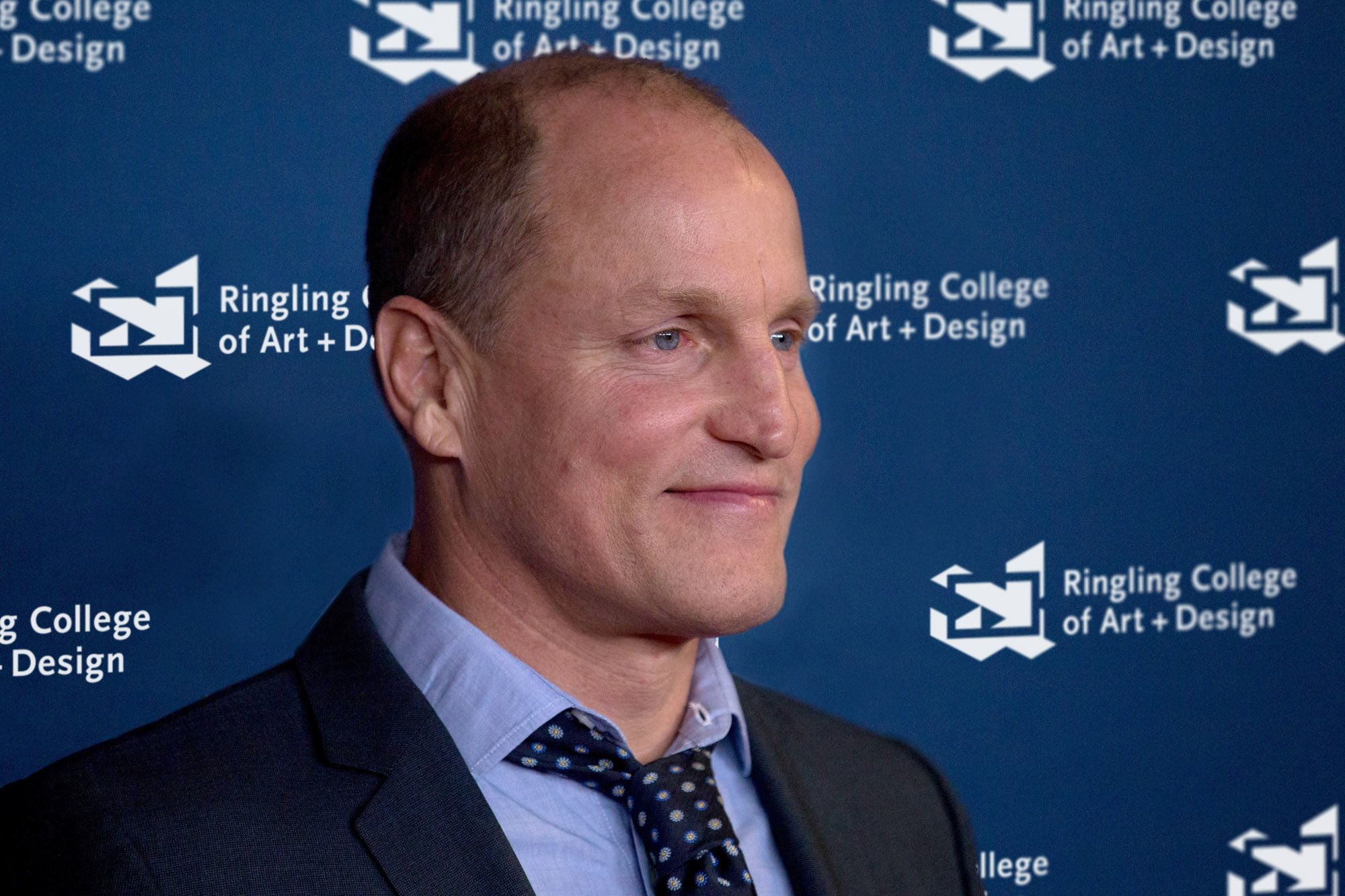 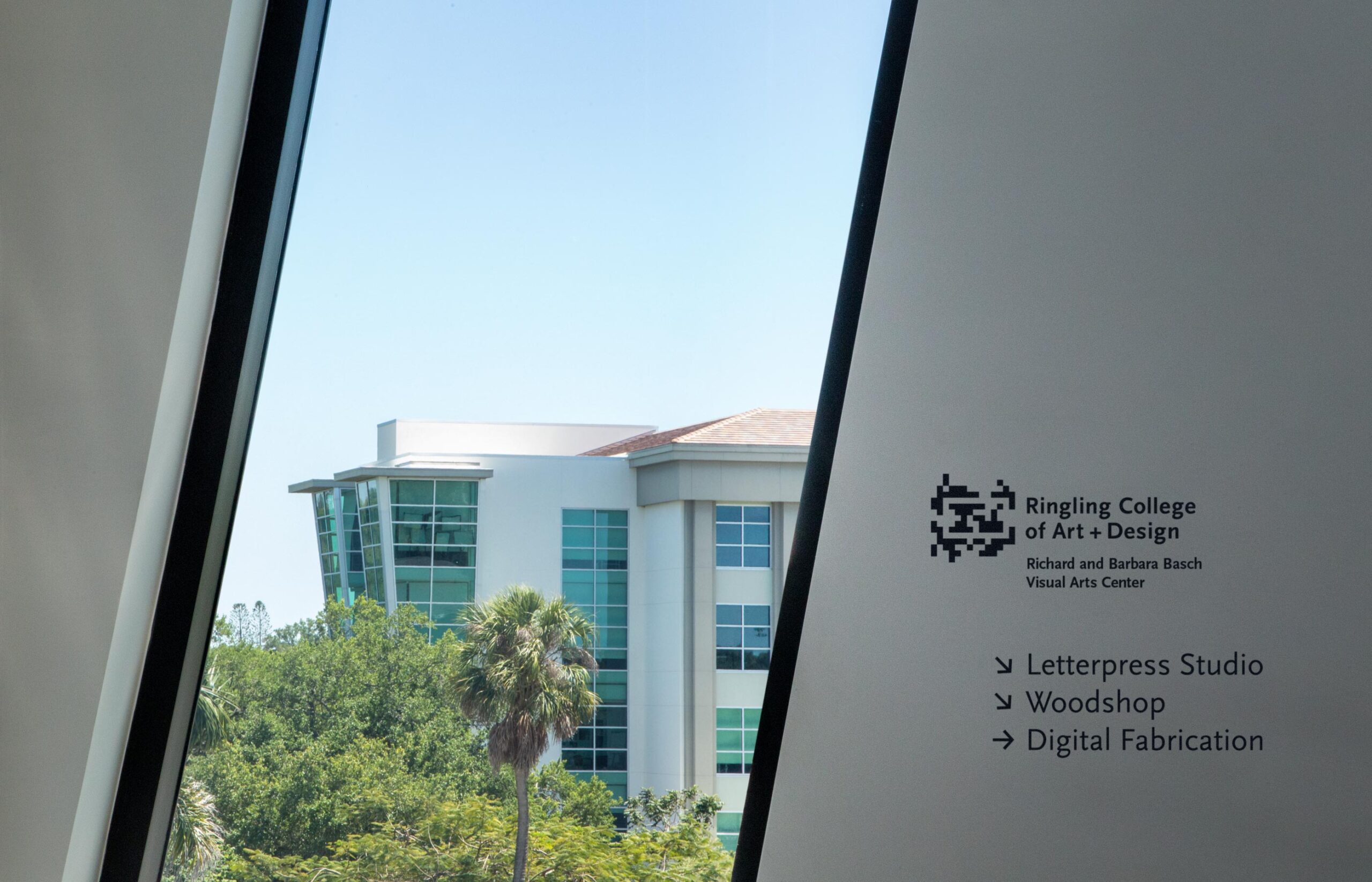 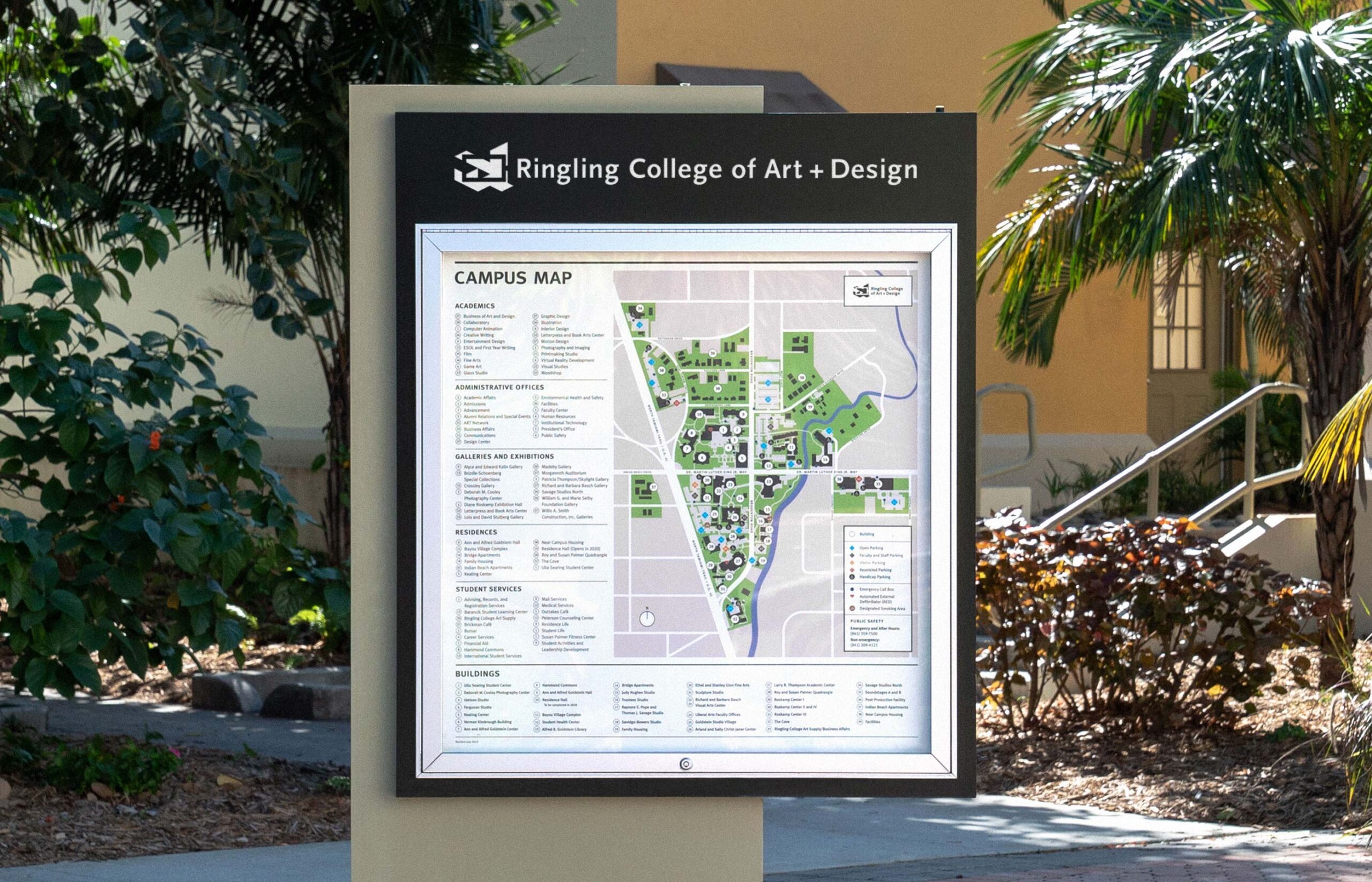